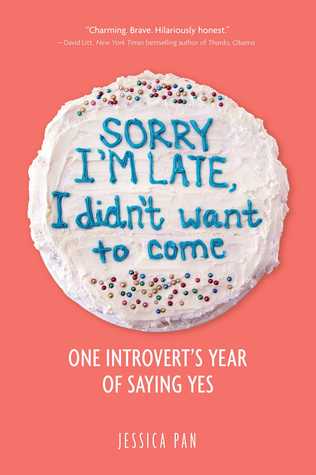 I usually just do short term reviews at the end of the month but this was such a spectacular book I had to write a longer book review. Jessica is a shy introvert who realizes she doesn’t have a lot of friends. She starts doing bold things. She goes on friend apps on her phone, does improv, stand-up comedy, travels alone,  and networking. She is braver than I have even been. I admire that so much.  The most beautiful I think she does is host a Thanksgiving dinner party at her house. She invites people that don’t know each other. In England they don’t celebrate Thanksgiving but they have always been jealous of that holiday tradition. She says “A dinner party is social and unpredictable and requires juggling many things at once — all things introverts aren’t crazy about.” She made me realize even though it is really hard to put yourself out there, it is worth it. She says ” I wanted to know what it was like. To be able to make a choice about what kind of life I had.”